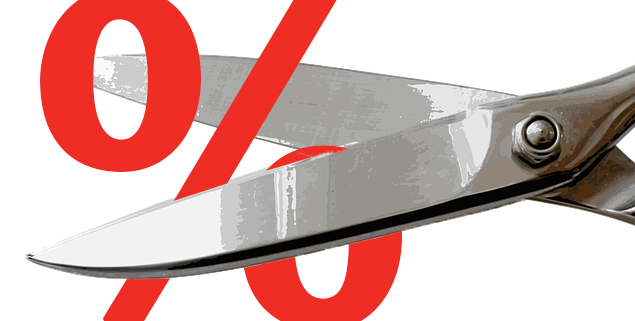 The Reserve Bank has slashed interest rates to a record low of just 0.5 per cent as it seeks to contain the economic fallout from the escalating coronavirus crisis.

Interest rates fell three times last year as the RBA tried to kick-start an already sluggish Australian economy that was in the midst of a housing downturn, with residential construction tumbling after a record building boom.

Following a summer of bushfires, which Treasury expects to knock around 0.2 percentage points from Australia’s economic growth, coronavirus threatens to cause even greater economic fallout.

The Organisation for Economic Cooperation and Development (OECD) has predicted that even a “mild and contained” outbreak of coronavirus would wipe 0.5 percentage points from Australia’s economic growth this year.

However, new research from ANU economics professor and former Reserve Bank board member Warwick McKibbin and PhD student Roshen Fernando warned that GDP loss from the most severe outbreak could be as much as 7.9 per cent, with even a less severe global pandemic possibly taking 2 percentage points off Australian growth in 2020.

Should the serious outbreaks be largely limited to China, the ANU economists estimate a 0.3 to 0.7 per cent loss to GDP — although these scenarios look increasingly optimistic, given the recent global spread of the virus.

Given the potential severity of the economic fallout, the Reserve Bank elected not to wait longer to see how the coronavirus would play out, but to cut interest rates by 25 basis points to 0.5 per cent to boost the economy.

Ahead of the rates decision, Prime Minister Scott Morrison urged Australia’s major banks to pass on any cut in full to support the economy.

“There is no doubt that if the bank were to take a decision today on cash rates that the Government would absolutely expect the four big banks to come to the table and to do their bit in supporting Australians as we go through the impact of the coronavirus,” he said.

The Australian dollar sank around 0.4 per cent after Mr Morrison’s comments, although the Reserve Bank’s move to cut interest rates was already widely anticipated by financial markets, which had already priced in a 100 per cent chance of a rate cut.

How to cure the Christmas Debt Hangover

Warren Buffett’s Advice on How Investors Should Respond to a Super-Contagious...
Scroll to top